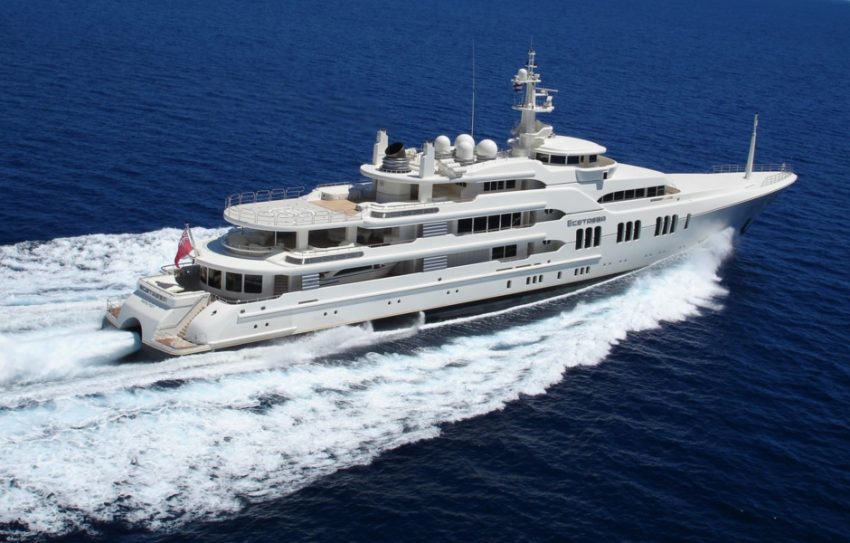 Roman Abramovich’s former yacht Ecstasea crashed into the control center on a pier on the Caribbean island of St. Maarten. The caretaker managed to jump out of the booth, and the vessel sustained minor damage. Passersby captured the incident on video

The $75 million yacht Ecstasea, owned by Pakistani businessman Alshair Fiyaz and built for Russian billionaire Roman Abramovich #17, crashed into the booth of a bridge keeper on the pier of St. Maarten, according to Boat International.

Ecstasea sailed into Simpson Bay Lagoon on December 15, the publication writes. The yacht allegedly lost control due to strong winds and currents. The boat’s observation deck collided with the booth that was used to control the bridge, swept it away and pushed it into the water. The bridge keeper managed to jump out of the booth.

Although the booth was destroyed, the bridge control system was not damaged and continues to operate, according to Boat International. The boat itself sustained only minor damage, as Instagram user theyachtguy captured a video of it after the incident, noting only “a few minor scratches.”

Ecstasea was built for Abramovich by the Spanish company GYG, Bloomberg wrote. Among its projects is the Symphony yacht, which belongs to Bernard Arnault, Europe’s richest man. In 2009, the Russian billionaire sold Ecstasea and the following year bought Eclipse, the longest yacht owned by Russian billionaires.